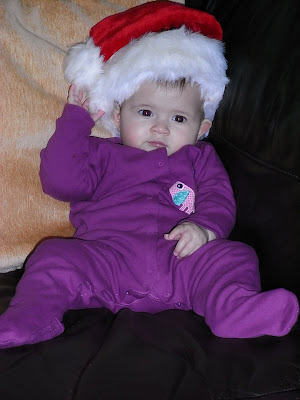 2010 AIMS AND TARGETS
1) Stick to what I am statistically profitable at (6 max NLHE and multis) while at the same time reading / watching videos about PLO to understand game better.

* Done OK on this one and better at PLO - have rarely played FL.

2) If not winning in first 6 months of year then to really reduce play to "social" in latter half of year when little one comes along.

* Again OK as was winning after awful start to year. Reality of having a baby (see pic!!) kicked in from July and play naturally reduced about 10 fold.

3) Talk about cash hands more with a couple of local pros.

* Got better on this one despite sports loss.

5) Aim to win 12K in year and 9 months profitable (much reduced target versus last year due to downturn in last 6 months).

* Passed the 1st part as around 30K and failed 2nd part as 5 losing months.

6) Much more disciplined note taking at cash, building up much better profiles for decision making than I have previous.


No big targets or aims in live MTT, I decided after Macau and EPO last year when I made no mistakes that if it is going to be your day it will be but in hands of gods and have to win at least 80-20s that i have constantly lost in them this year and need to start winning some races also.

* My only multi success in year was winning sats for Irish Open seat and UKIPT seat and cashing in both events, hence 2 from 2 in ranking tournies this year. Gutted Irish open as lost 80/20 in cash to go above average stack and with big shot in 100K sole survivor with about 6 left. Disappointed not to take down a major Internet tourney in the year also.

I was quite a few quid in front for Dec so took a shot - pretty damn sick :(